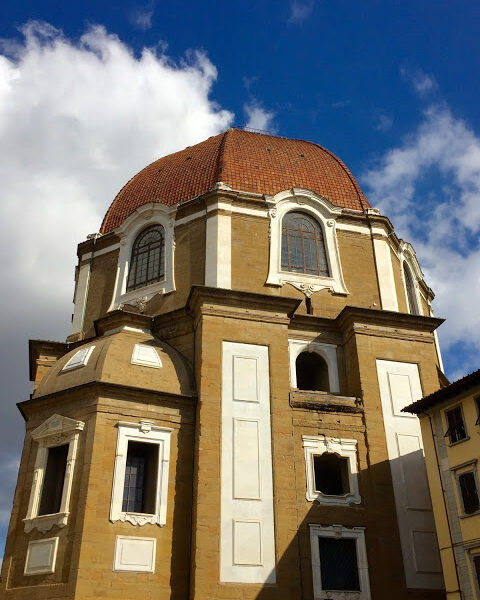 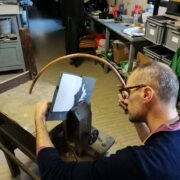 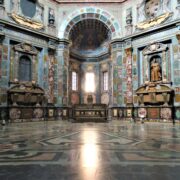 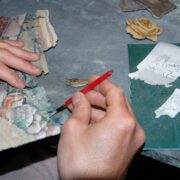 Visit of the Mausoleum of the Medici Family and visit of an artisan workshop.

GUIDED TOUR OF MAUSOLEUM OF THE MEDICI FAMILY + ARTISAN WORKSHOP

Let’s go to the discovery of a great classic: the mausoleum of the Medici family inside the monumental complex of San Lorenzo.

The Basilica of San Lorenzo was completely renovated by the Medici who wanted to transform it into a sumptuous family church.

The Museum occupies part of the complex and consists of 3 sections: the crypt, the Chapel of the Princes and the Sacristy of Michelangelo.

In the crypt there are tombs and many tombstones of the illustrious members of the family and their families.

The Chapel of the Princes is a rare example of Baroque style in Florence, the large dome and the octagonal room, covered in Florentine commesso, were conceived as a precious casket to house the tombs of the Grand Dukes with their bronze statues.
The most prestigious environment remains Michelangelo’s New Sacristy, commissioned by Pope Clement VII to give a worthy burial to members of his family, such as Lorenzo the Magnificent.
Michelangelo’s masterpiece as an architect and sculptor who here leaves wonderful Renaissance statues for the tombs of the Dukes Lorenzo and Giuliano, the Allegories of Time better known as Sunset and Dawn, Night and Day.

Many interpretations have been given to these statues due to their complex history and elaborate symbolism.
At the end of the visit, transfer on foot to an artisan workshop, where today as in 1500, hard stones are cut and combined to create drawings so meticulously detailed as to look like paintings. It is a particular type of mosaic, a technique invented in Florence that gave rise to the Opificio delle Pietre Dure.

PACKAGE INCLUDED:
Expert local guide
Earphones
Entrance ticket to the Medici Chapels
Entrance and demonstration of the salesman’s technique at an artisan workshop